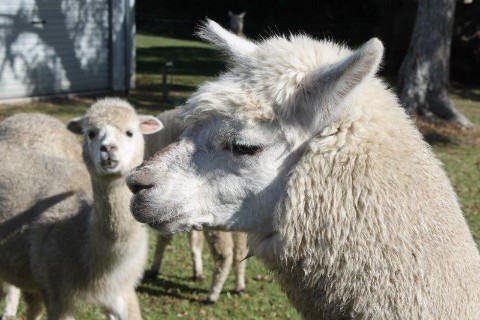 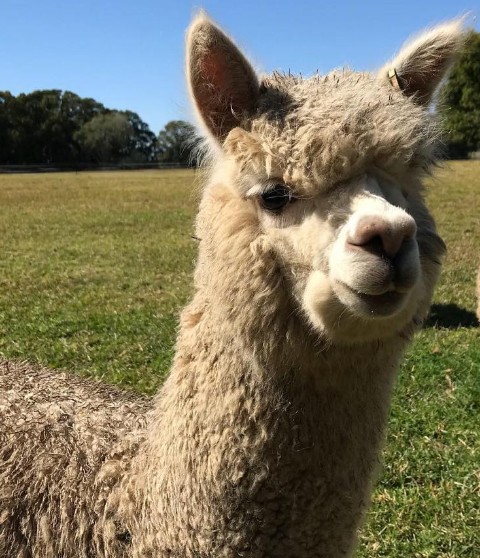 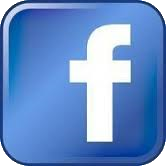 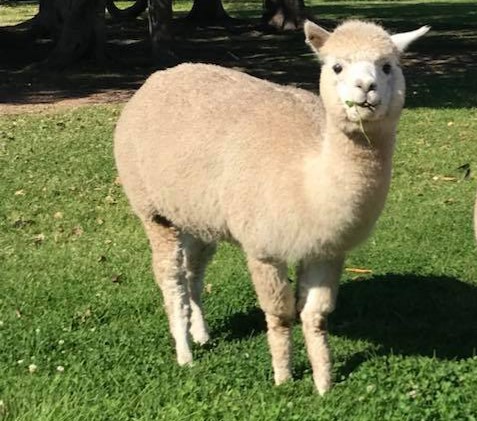 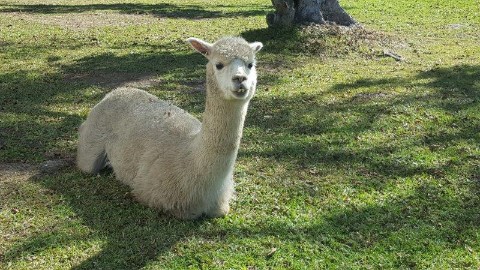 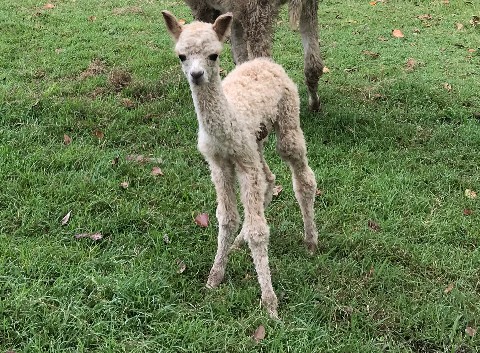 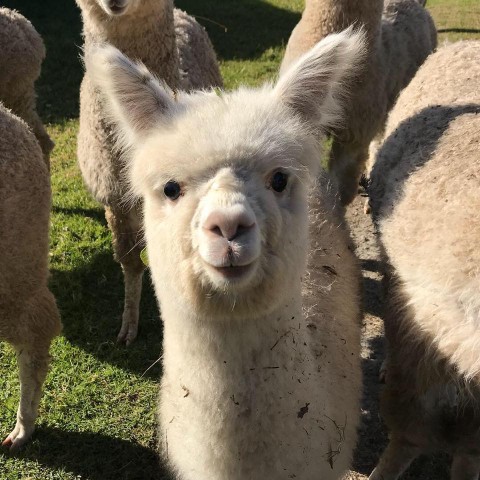 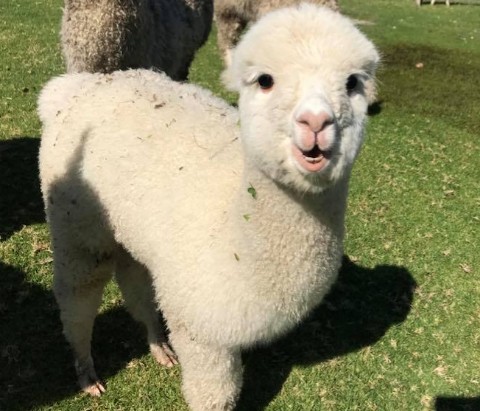 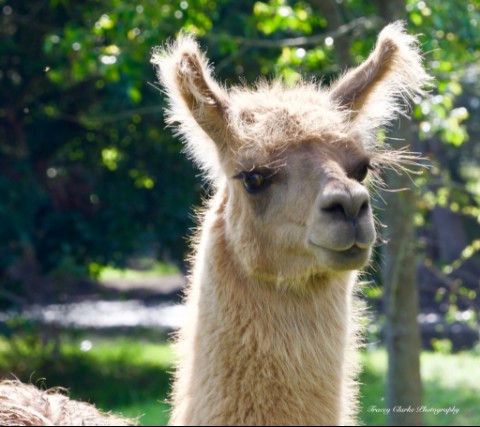 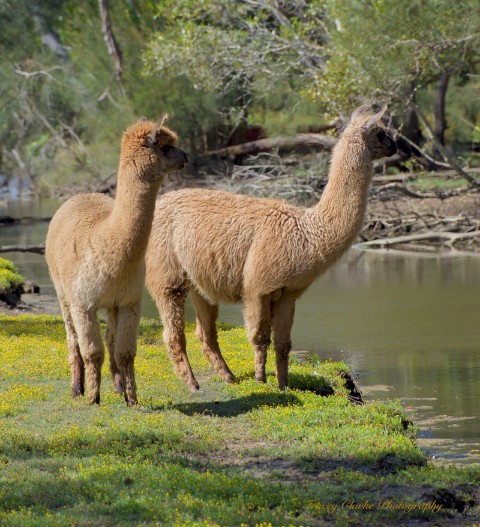 The stars of the show!

The oldies
Jericho
Our stud male, is a dreamer. He is by far our wooliest alpaca, and is sweet-tempered and friendly, except when plotting the demise of a rival (i.e. any other male animal)! He can often be found a little away from the herd, sunning himself or looking off into the distance.
Fleur
Our oldest female.
Juliet
Juliet is easy to pick out of the herd because her fine facial features resemble those of her guanaco ancestors. She has a thin face, big eyes and long, luxurious eyelashes. She is an excellent mother and has raised some fine crias.
Jahna (Dumpty)
Dumpty is so called because she’s quite round and chubby, and very, VERY fond of her food. She is usually friendly and approachable, but can get quite grumpy when the younger pacas annoy her.
Hannah
Definitely our cleanest alpaca. While not entirely averse to decadent dust wallowing behaviour, she is very lady-like and always seems to be several shades whiter than any of her peers. Hannah has the sweetest nature and the best fleece of all our girls.
Felicity (AKA Bluey)
One of our older girls. Quite gentle and tractable. She acquired her nickname as a result of contracting conjunctivitis in her right eye, which required regular applications of bright blue terramycin spray.
Ali (Cree)
Ashlea (Toothy)
The alpha female of the herd.
Anya
Anya is the youngest of our original herd; she is extremely feisty, and quick to spit at the other alpacas if she feels they’re getting between her and whatever it is she wants.

The Llamas, huarizos and wethered males
Willie
Our stud male llama.
Aladdin
Our big, goofy pack llama. A good-natured wethered male.
Calamity Jane (Cal)
Our stud female llama. Cal's chief mission in life is to claim all food treats as her own and ensure that no other animal gets any!
Otto
(Mother: Cal, Father: Odie) Otto was the first llama to be born on our property (2019). The rest of his body is currently catching up with his ears.
Sarina
Sarina is a huarizo (female alpaca/male llama cross). A friendly, good-natured girl. She is able to reproduce, which is very unusual for a huarizo.
Sarah
Our second huarizo and our quietest, friendliest animal. She is also capable of reproduction.
Waylon
Waylon is a wethered male alpaca who has lived most of his life with llamas and thinks he is one. He has been Willie's companion from a young age.
Nick
(Mother: Jalanda, Father: Galaxy) Nick is a goofy wethered male alpaca whose fleece grows uncontrollably.
Oscar
(Mother: Topaz, Father: Jericho) Oscar is our miracle baby: born to Topaz who was way too old to have a cria, he was orphaned at six weeks, but survived unassisted. A very hardy little fellow, easily distinguished by a slightly pinkish-fawn tinge to his fleece.
Hugo (aka Little Horse)
Hugo came to us as a retired guard alpaca. He is small, elderly and has a dislocated hip, but he still manages to be king of the paddock and takes no nonsense from llamas.
Simon
Another retired guard alpaca. He is a sweet-natured big boy with shaggy suri-like fleece.
Dave
Our third retired guard alpaca. Dave also appears to be part suri. He has never really trusted us since we dragged him into a horse float to bring him to the farm.
Pete
Pete is a one-year-old whole (but not for much longer!) male. He recently joined the group when Jericho expelled him from the main herd.
More to come soon ... 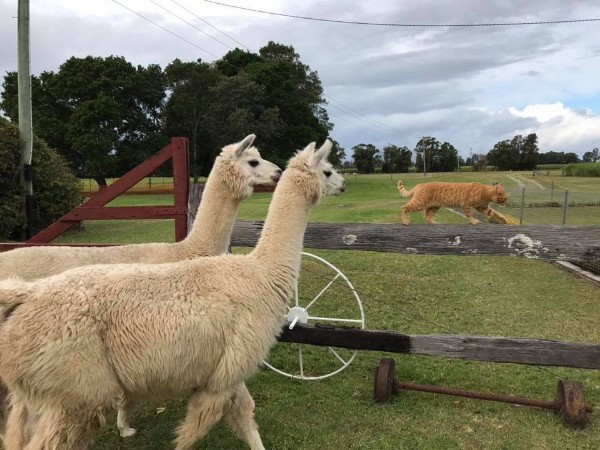 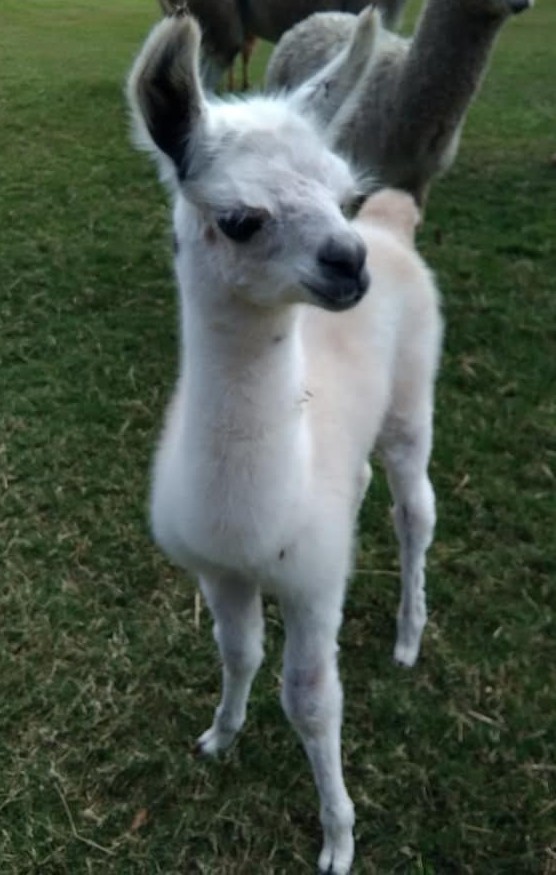